In the just ended National Youth Quiz Competition of The Church of Pentecost which was held from Friday 30th October to Sunday 1st November 2020 at the Takoradi Pentecost International Worship Centre, Asamankese, Sunyani, Odorkor and Takoradi emerged as winners in the respective categories.

This year’s Quiz had many reforms in line with Youth Ministry’s vision. The categories that were contested at the Local, District, Area, Zonal and grand finale levels were Questions and Answers, and the newly introduced Bible Bee. The age limit for the Junior Category was 13 – 19 years while the Senior Category was 20 – 35 years.

In the Question and Answers for the Senior Category, contestants responded to questions from the book of Exodus in the Old Testament and Acts of the Apostles in the New Testament. Church History, Current Affairs and National Church Affairs were also examined. Additionally, Bible Study and Home Cell Manual, Streams of Living Water Devotional Guide of the Youth Ministry, Doctrine of the Church, The Church of Pentecost Vision 2023 as well as Youth Ministry Vision emphasis were covered. At the grand finale, Asamankese Area represented by Divine Amuzu and Daniel Adjei emerged as first with Asankrangwa and Kintampo placing second and third respectively. Asankrangwa Area was represented by Simon Badu and Rockson Oppong while Kintampo Area was represented by Enoch Anane Brenya and Samuel Wajah Ntibe.

In the Question and Answer Sessions for the Junior Category, contestants were examined from the following areas of Study; Old Testament (1 Samuel), New Testament (Romans), Church History, Current Affairs and National Church Affairs were assessed. Also, Bible Study and Home Cell Manual, Youth Ministry’s Streams of Living Water Devotional Guide, Youth Ministry vision emphasis as well as The Church of Pentecost Vision 2023 document were examined. At the end of the contest, Sunyani Area represented by Isaac Osei Amankwah Junior and Godbless Amponsah emerged winner with Asante Bekwai and Abuakwa as first and second runner up respectively. Asante Bekwai Area was represented by Edward Asante Ntiamoah and Edwin Asante Ntiamoah who are twins. The contestants from Abuakwa Area were Selina Dufie Twum and Emmanuel Takyi Adenduna.

The Bible Bee was one of the finest innovations to this year’s contest. In this competition, contestants learnt several successive Bible verses and recited according to a specified time limit and rule. At the Senior category, Odorkor Area ably represented by Janet Adomako Owusu Ansah won the maiden edition with Haatso and Agona Swedru Areas placing second and third respectively. Haatso Area was represented by Malcolm Pinto while Theophilus Essel contested on behalf of Agona Swedru Area.

In the Junior Category of the Bible Bee, Takoradi, the host Area represented by Kofi Nketia Ackaah-Gyasi emerged first followed by Achimota and Akim Oda who came second and third respectively. Achimota Area was represented by Phylix Asiamah and Akim Oda had Janet Asante.

Each of the winners of the various categories were presented with a trophy following another presentation of awards during 2021 PENSA Ghana conference.

Apostle Joseph Kwame Assabil, Takoradi Area Head expressed gratitude to the Youth Directorate for choosing his Area for the grand finale of the 2020 National Youth Quiz.

On his part, Pastor Ebenezer Hagan, the Youth Director of The Church of Pentecost explained the rationale for the competition. He stated that, the purpose of the contest is to challenge young people to learn the Scriptures in order to be grounded in the faith and to also master key issues in the Church.

The Chairman for the Grand finale, Nana Asempaneye Yeboah II, Sub-Metro Director of Secondi-Takoradi, was thankful to the Youth Directorate for organizing such a life transforming contest. He reiterated that, God for that matter Christ should be the ultimate focus of every human being living on earth. Nana Asempaneye challenged the contestants to ensure that, all that they have learnt will reflect in their everyday lives.

Pastor Kwadwo Obeng, the National Quiz Master who doubles as PENSA Travelling Secretary for Greater Accra expressed his delight for the excellent output by the contestants from the various Areas of the Church. He challenged all young people to take active part in the next contest scheduled for the year 2021. 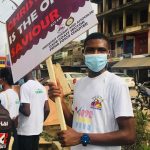 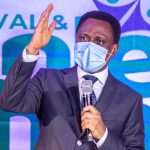