As part of the working visits of the Youth Director, Pastor Ebenezer Hagan is on a 3-day visit to Konongo Area in the Ashanti Region.
Pastor Hagan started with the Agogo zone yesterday, 23rd August, 2021 to have fellowship with the young people and the entire Church. Speaking on the topic, “The Power of Our Faith”, he laid emphasis on the power and the grace God has given us to overcome the world through our faith in the Lord Jesus Christ. He took his scriptural references from 1 John 5:4-5, 1 John 2:15-17 and Titus 2:11-12. With these, He made it clear that the world is in constant battle with our Christian faith. The term ‘world’ as used in his sermon describes mankind in his fallen state and its alienation from God. It is not the physical earth, its structures, and the human beings in it. Thus, the world in mention is a system of operation on the earth and not the earth itself. The systems of the world are how the earth is run – its policies, leadership, laws, values, and virtues. It also includes the way of life, lifestyles, and attitudes of the world. A mighty, unseen power, the “god of this world” (2 Cor.4:4), rules it; and a spirit, “the spirit of the world” (1 Cor. 2:12), pervades it and gives it strength. It is an organized force that is unknowingly animated by one evil power that fills it with its spirit; it is a power of darkness led on by one leader, the god of this world’ (2 Cor.4:4, Eph. 2:2). The world system is thus against God and His interest because it is ruled by Satan.
Pastor Hagan taught that the world uses three (3) strong pillars to war against Christians and these are the lust of the flesh, the lust of the eye, and the pride of life (1 Jn. 2:15-17). These work through several avenues but among contemporary youth, the entertainment of the world, worldly music, and fashion of the world are some of the effective avenues Satan is using to woo them to his side.
Because youth like to ‘enjoy themselves’ the devil easily catches them with entertainment, parties, worldly music and the like. No surprising, many young people may see nothing wrong with these. However, Pastor Hagan revealed that no matter how young people may see and refer to the world and its entertainment, the Bible reveals it as an enemy of God. It is a killer! With this he joined Apostle John in calling for a separation from the world among Christians. 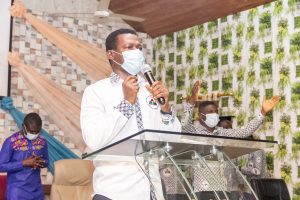 The good news, he continued, is that believers have victory over the world, this is because the Scriptures reveal that everyone born of God overcomes the world, and they overcome the world by their faith (1 Jn. 5:4-5). He stated that the ability to overcome the world comes with our born-again experience, and since the born-again experience is the most basic and the most common experience in the Christian life, the Scriptures here mean that all Christians can overcome the world! Thus, with all its sophistication and power, the world comes under the feet of the child of God. To wit, we can overcome the world!
He further added that the ability to overcome the world comes with the power we receive in our born-again experience (Jn. 1:12) and the grace we receive in our salvation (Tit. 2:11-12). With this power and grace, we can overcome the world! He explained that this is the essence of the text: “Everyone born of God overcomes the world” (1 Jn. 5:4). The assurance is that irrespective of who the person is, once he or she is born again by God, he or she come to receive the power and the grace to be able to overcome the world!
With this Youth Director charged all young people to stand strong and “grounded” in their faith, not allowing the world to sway them away from their love for the Lord. He further charged them to “use the power and the grace” God has given them through their salvation to overcome the world. An intensive prayer session that followed strengthened young people in the grace and power of God to turn their backs to the world and stand for the Lord Jesus Christ.
The meeting ended with the youth having been revived and poised to live the life that is expected of them as Christians to the glory of the Lord Jesus Christ, and with which they can possess their spheres for Christ.
The meeting was held under the Chairmanship of Apostle Owusu Akyeaw and the wife, Mama Dora, the Area Head of Konongo. Conducting the meeting was Pastor Isaac Isaac Ayiku Quarshie, the Area Youth Leader for Konongo with support of the Area Executive Committee of the Youth Ministry. Present were the pastors and wives and the officers in the Agogo Zone. 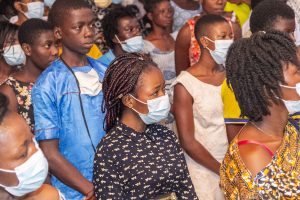 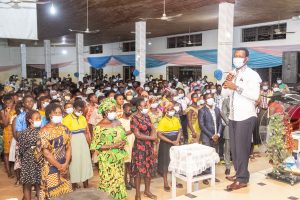 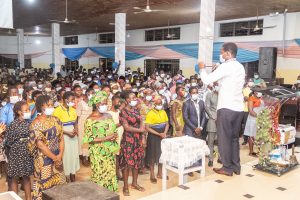 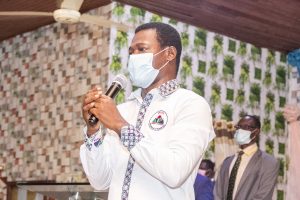 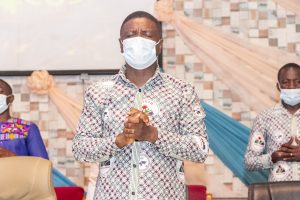 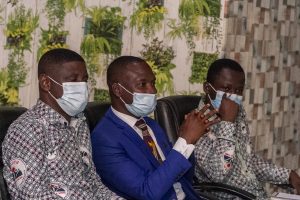 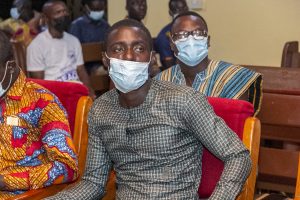 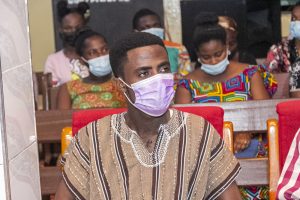 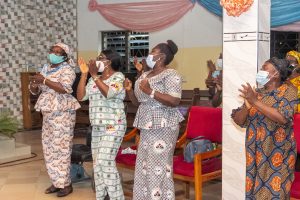 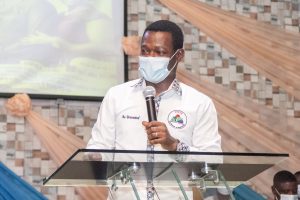 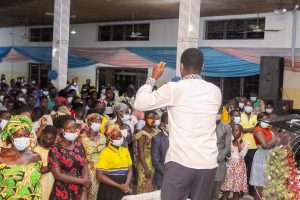 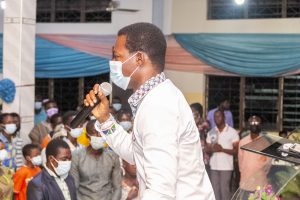 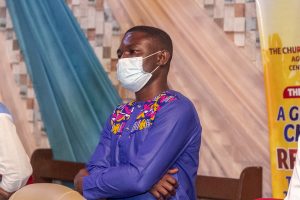 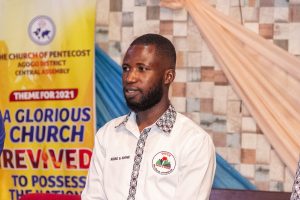 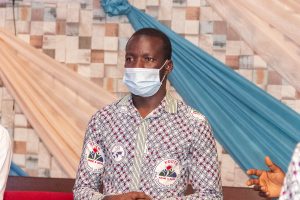 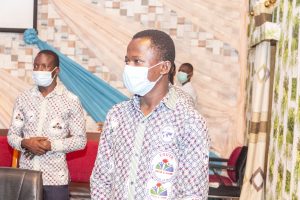 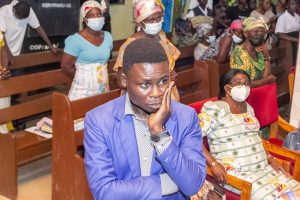 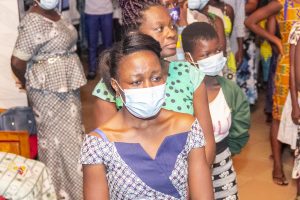 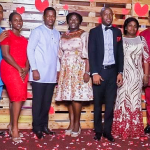 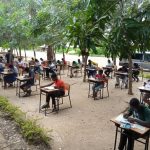